California often serves as a bellwether for legislation that is slowly adopted in other states throughout the country and an Assembly Bill could have serious implications for window film and paint protection film companies that subcontract work to installers as independent (1099) contractors. 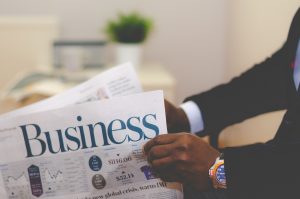 Assembly Bill 5 chapter 26, if passed would amend section 3351 and to add section 2750.3 to the state’s Labor Code, as well as amend sections 606.5 and 621 of the Unemployment Insurance Code, which relates to employment. Filed by the Secretary of State and approved by the Governor on September 18, 2019, amendments clarify requirements for “the relationship between a contractor and an individual performing work.” As COVID-19 continues to spread across the country, leaving many out of work, issues of worker misclassification remain, legislative officials say. According to the California Legislature, the labor code bill was amended on November 18, 2019.

Based on the state’s 2018 Supreme Court unanimous decision, in Dynamex Operations West Inc. v. Superior Court of Los Angeles, a worker is an employee unless a hiring entity satisfies a three-factor test.

“In its decision, the Court cited the harm to misclassified workers who lose significant workplace protections, the unfairness to employers who must compete with companies that misclassify, and the loss to the state of needed revenue from companies that use misclassification to avoid obligations such as payment of payroll taxes, payment of premiums for workers’ compensation, Social Security, unemployment, and disability insurance,” a portion of the amended bill reads.

The amended bill noted the misclassification of workers as independent contractors served as a main factor in the rise in income inequality. According to the amended bill, one of the main goals is to ensure workers who are currently being misclassified as independent contractors have the “basic rights and protections they deserve under the law,” which, according to the bill, includes: a minimum wage, workers’ compensation if they are injured on the job, unemployment insurance, paid sick leave, and paid family leave.

“By codifying the California Supreme Court’s landmark, unanimous Dynamex decision, this Act restores these important protections to potentially several million workers who have been denied these basic workplace rights that all employees are entitled to under the law,” a portion of the amended bill reads.

In 2017, California’s Employment Development Department Tax Audit Program conducted 7,937 audits and investigations, resulting in assessments totaling $249,981,712, and identified nearly half a million unreported employees. Recent research also supports misclassification and finds some of the highest rates are in the economy’s growth industries.

Several items were added to the state’s Labor Code in association with the Assembly Bill. According to the Labor Code, a person providing labor or services for remuneration shall be considered an employee, rather than an independent contractor, unless the hiring entity demonstrates that all of the following three conditions are satisfied:

If a Court rules that the three conditions are unable to be applied, then the employee or independent contractor determination shall “instead be governed by the 1989 California Supreme Court’s decision in S. G. Borello & Sons, Inc. v. Department of Industrial Relations.”

According to the amended bill, “the determination of whether an individual is an employee or independent contractor shall be governed by Borello if the hiring entity demonstrates factors,” including the individual maintaining a business location and having the ability to set or negotiate rates for performed services.

Starting on July 1, 2020, any individual who is deemed an employee must be covered by workers’ compensation insurance, as noted in the amended bill.