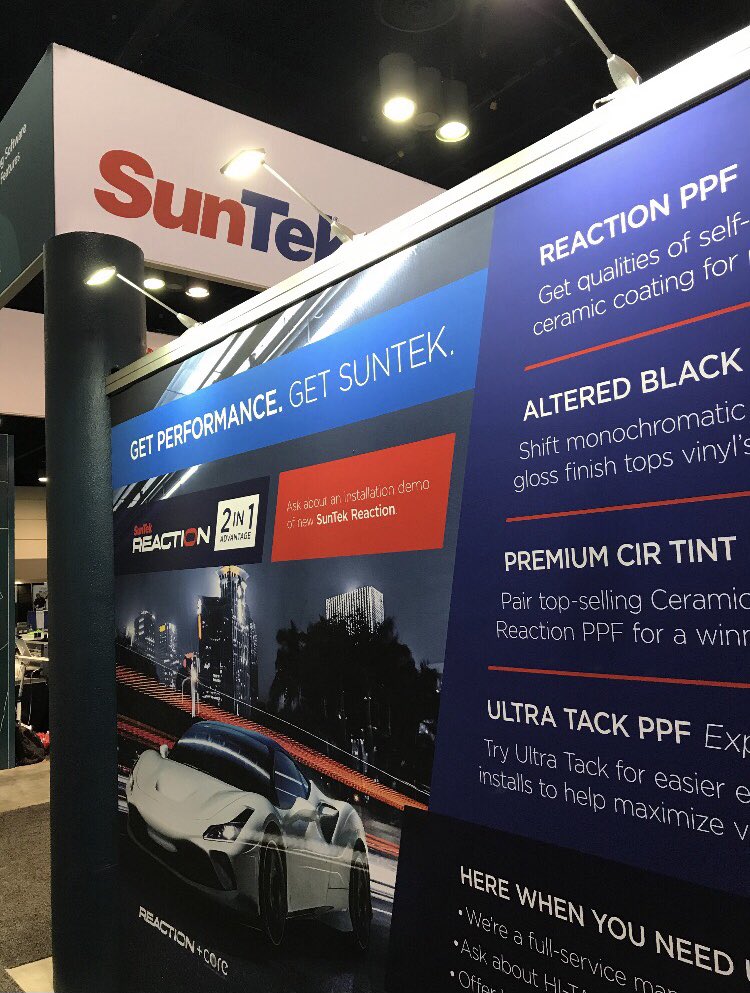 Eastman Chemical Company announced it has acquired Ai-Red Technology (Dalian) Co., Ltd., a manufacturer and supplier of paint protection and window film for auto and architectural markets in the Asia Pacific region.

This acquisition demonstrates Eastman’s commitment to driving growth in Performance Films and the paint protection and window film markets, according to the release. The investment strengthens the company’s ability to deliver consistent value as a specialty materials company and expands the service level in China and the Asia Pacific region. This site will align with Eastman Performance Films operations and its standard of quality supply into the market, adds the release.

“This acquisition provides additional capacity to serve the growing demand for our paint protection and window film products and creates additional capacity for innovation and product scale-up from our existing operations,” says Erin Bernhardt, vice president and general manager of the Performance Films business of Eastman’s Advanced Materials segment. “By adding this capacity and team to Eastman’s industry-leading team, technologies, and brands, we expect to accelerate an already aggressive growth trajectory in automotive and architectural aftermarket films.” All of Brent Knott’s meals in 2013 came courtesy of a worn hot plate. Living in a hotel, Knott had just left a grassroots drifting gig after a business partnership turned sour. But a 2012 Porsche Cayman bridged the gap between Knott’s past and present.

“There was a Porsche down in Fernandina Beach, Fla., that a guy needed wrapped,” he says. “A friend of mine worked in Historic Sportscar Racing. I had met him at one of the events we hosted. At the time, I had only wrapped my Miata and an F-150 for a tire shop.”

Knott’s vinyl of choice was Hexis’ Gloss Emerald Green Vinyl Wrap. He forged a crucial connection while picking it up from the company’s former Jacksonville location.

“He was getting water, talking to people upfront,” Knott says of his first interaction with Jeremy Conner, owner of Who Did That Inc. in Charlotte, N.C. “His jacket said ‘certified trainer,’ so I just asked: ‘I’ve never wrapped a Porsche before—you got any tips?’ I was welcomed into the industry with love. The wrap industry is good at that.”

Hexis’ Advanced Wrapping course gives “the trainees all the ‘tips’ to learn how to optimize the handling of Hexis adhesive films to perform a full wrap. The trainer will answer any questions, demonstrate the practical techniques and will take into account the level of knowledge of each participant.”

Knott didn’t enroll that day, but Conner shared pointers and his phone number ahead of a pressure-packed Porsche application full of potential.

“He told me how to manipulate bumpers, which was probably the biggest thing,” Knott says. “I don’t think I could have done it without that advice. PPF glides into place, but with wraps, you’re guessing. He gave me pointers on how to manipulate the film and create stretch and tension; to get things to mold into place.”

The installation was a learning experience for Knott, who took two weeks to complete the project. Then a satisfied client generated more business.

“He ended up referring me to the chief financial officer of his business, and I wrapped his car,” Knott says. “I ended up wrapping a total of four Porsches back-to-back while living at a hotel.”

Knott says Conner’s mentorship provided a pathway when he needed it.

“That person providing me the opportunity to potentially do an even better job may have been the pivotal point that changed my life,” Knott adds. “Had I done a bad job, his connections would have never done business with me.”

The Secrets of the Trade

What are secrets worth in the world of PPF and vinyl wrap applications? Conner shared his in 2013 and shifted Knott’s career trajectory.

“Everything is known because of YouTube and the internet,” Knott says. “There’s a shift toward this giving mindset. Provide value for other people, and you get value back.”

Nearly a decade later, Knott owns Design It Wraps and Tint in Fernandina Beach, Fla. He added a second location in 2022 and his third this January. Knott manages 11 employees.

“That’s my biggest driving factor,” Knott says of his team. “It would be a disservice to not teach my team how to think for themselves and create opportunities for themselves. All my team members have an opportunity for profit share and equity in these locations.”

Editor’s Note: Keep up with the PPF and wrap world on the go by following our Instagram—Windowfilmmag. I look forward to connecting with you!

The International Window Film Conference and Tint-Off™ 2023 is heading to the shoreline! The oceanside town of Virginia Beach, VA, will be the location of the annual event designed specifically for the automotive, architectural, decorative, security and energy film industry, as well as paint protection and ceramic coatings. Lock in the dates of September 20-22 as the education, exciting competitions, exhibition floor, and excellent experiences head East.

Visit wfctevent.com to sign up for regular event updates to be sent directly. That will ensure you don’t miss any deadlines, opportunities, or announcements surrounding 2023 programs.

See you by the seaside in September! Chris Baker, owner of CoolVu College Station and now PPF Bros, has spent 10 years in the film industry and eight years in the PPF segment. Baker has experience with PPF as the lead installer for multiple luxury dealerships.

“I’m bringing my extensive knowledge to PPF Bros and will serve as a leader and trainer for our company,” Baker says.

“After working with the biggest companies in the world and working on multi-million dollar projects, I feel confident in handling every challenge you can throw at me,” Summerall adds.

Editor’s Note: Are you an industry company eager to share store expansion plans, new hires or acquisition details? PPFMag is the ideal spot for exposure. Reach out to me at ccollier@glass.com for potential coverage. “We brought in colors and samples of our leading fashion film companies, showing the evolution of our industry,” Mathews says.

“The class grew from 32 last year to 45 this year,” Mathews says. “Many students mentioned this is why they enrolled at the school.”