Denis Pundik was born in the Soviet Union in 1977, 14 years before its dissolution in 1991. He’s the owner of Cape Cod Tint Guy in Cape Cod, Mass. But with family and connections in Ukraine, his mind wanders beyond film after Russia’s February 24 invasion. 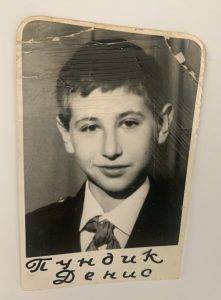 “I spoke with my buddy, and his wife has a sister who’s hiding in a bunker with two children,” says Pundik, who immigrated to Brooklyn, N.Y., at 11 years old. “It’s a different perspective … It’s worries, prayers, and heartbreak.”

Pundik was born in what is now known as Kharkiv, Ukraine, which has been subject to deadly attacks. “Ukraine was a place of birth, but Russia was a neighbor and a friend. It’s awful—current events will separate many people and make unnecessary enemies. I feel saddened by the whole thing.”

Kos Vyn was born in Dnipro, Ukraine, in 1995, four years after the Soviet Union’s dissolution. He moved to Albany, N.Y., with his mother in 2008, where he picked up tinting. Vyn is now the owner of Dark Zero Motors in Jonesboro, Ga. 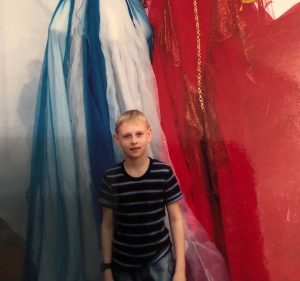 Kos Vyn as a child in Ukraine.

“The rest of my family is in Ukraine—my grandfather, aunt, and cousin,” Vyn says. “My cousin recently gave birth to a baby boy.”

More than 500,000 people have fled Ukraine since the war’s onset, according to ABC News. Russia invaded and annexed the Crimean Peninsula from Ukraine in early 2014, a precursor for today’s conflict.

“It progressing into something like this—I don’t have anger. It’s more sadness,” Vyn adds. “Knowing I have family there, and there’s a potential chance of death. That’s the end goal of the war—death. There is a lot of worry and sadness.”

Tinting is an escape for many, and Pundik is no exception. The 12-year industry veteran, whose business is 90% automotive, finds his groove while working. Pop and techno hits keep the film star moving.

“It relaxes me,” Pundik explains. “I like to be challenged; each car is different every single time. Some people get frustrated and throw things around. I take my time, I’m by myself, nobody’s stressing me out, and I have the music going.” 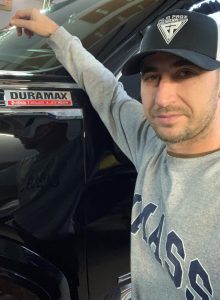 The COVID-19 pandemic has taken a toll on the global supply chain and material costs. Unfortunately, the war looks to worsen the situation.

“Our industry has a petroleum-based element to it,” says Patric Fransko, owner of Window Film Pros in Newport Beach, Calif. “When you see crude oil go up significantly, it will impact the raw polyester and petroleum-based products used in our industry. You can carry that for a while if it’s a temporary blip in pricing. But if that stays higher in the long term, it will have a pricing implication for our industry.”

International benchmark Brent crude hit a high of $107.57 per barrel, a price last seen in July 2014, just a few months after Russia’s initial invasion of the Crimean Peninsula. There are many uncertainties, but the industry demonstrated grit during several new COVID variants over the past two years.

“We wouldn’t have known going into the dawn of COVID that it would be a solid 18 months of business for people in the window film industry,” Fransko adds.

Material prices may climb, and the supply chain may falter further, but the human impact is most tragic. Pundik’s friend traveled to Kharkiv for a business trip in November, a time when 2022’s violence seemed outlandish.

“He was like, ‘They did some amazing work,’” Pundik says. “‘Upscale parks for kids, hotels, restaurants, and churches. People are putting heart and soul into building up this city.’ I said, ‘I’m going with you on your next trip.’ That might never happen now.”